For Your Eyes Only: Deloitte’s information design department

Creative director Christopher Moorehead went from working on fighter jet navigation systems to top-secret information design at Deloitte.* We asked him to chart a course for the future of in-house design, and spill the beans on how his team grew by more than 500% in under two years

Designedge Canada: Tell us about your background. Your path to Deloitte has been unique.

Christopher Moorehead: I graduated ages ago in the late ’80s in mechanical engineering at Queen’s. Despite my degree, I spent most of my time in manufacturing and industrial engineering, so I didn’t so much design things as I designed systems for building things. I worked in a number of industries and eventually ended up in North Carolina, as do many mechanical engineers in the United States, working for the military industrial complex. I designed navigation and guidance systems for U.S. Navy fighter aircraft, and also did work for a number of missile manufacturers. It was fun work, in a sense, but I knew what my work was being used for and I wasn’t completely comfortable with that.

When I moved back to Toronto a few years later, I said, ‘I think I need to do something different with my life—I think I’ll go to art school’ [laughs]. When I started at OCAD [University] I was 40 years old. I was probably the oldest person they’ve ever had in design. I ended up taking a course entirely by accident called Wayfinding and Information Systems. It was OCAD’s one information design course. I was absolutely sucked in and that became my focus.

It was great to be in because it was an emerging area, and it also required analytical skills that I had as an engineer but most designers do not. It’s very tough to find people who are good at this type of work because you need both sides of your brain, as they say. 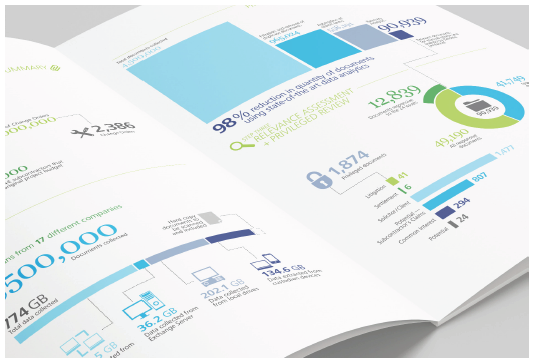 Moorehead says the best infographics often go unseen due to non-disclosure agreements. Case in point: client information has been scrubbed from the Deloitte projects pictured here and below

How big is the team and what do you do?

Right now we have 13 designers who directly report to my co-leader Stefan Popowycz and me. There are also two other designers who are part of the Consulting service line—my team is attached to the Financial Advisory service line—but we work with them frequently. So our team is 13 designers, but we often have the resources of 15. When I started here in April 2014, I was the second designer they had hired. And in that time we’ve expanded to this.

The difference between us and, say, a ‘normal’ in-house design department is my team is client facing.

We’re part of a larger team called Strategic Analytics and Modeling, and there are four teams within that practice group. We’re the fourth team, Information Design. Part of our job is to visualize what the other teams do. They do some very complex modeling and analytic work that very few people can understand; we visualize it so the client can understand it. Very often we are aiming at the top level, a CEO or a deputy minister—these are smart people but they are not subject matter experts, and they need an answer now. Sometimes they’ll say ‘You’ve got three minutes,’ and in that three minutes we have to be able to explain very complex analytics to them, and we do that visually.

We do a lot work within our own team, but it’s a little bit different from being an in-house design support team. Our other teams bring in business, and we work with them; our professional fees are paid by the end client. We also bring in clients directly ourselves, clients who want information design. It’s a combination, but it’s all what we consider client-facing billable work.

Tell us a bit about your workday and how things get done.

We get to deal with a wide variety of clients in a wide variety of industries, so the work never gets boring. In that way, it’s a lot like a studio. The downside to that is, in our case, we are doing multiple projects and working with multiple partners in various service lines. Each one has competing interests, and we have to juggle our resources and figure out what needs to be done right now versus what can wait. My co-leader Stefan and I spend a lot of our time working with the client and managing expectations. Unfortunately, we don’t [personally] do as much design work as we’d like.

I tend to go in at the beginning, do concept sketches, set the initial creative direction, and then I hand it off to one of my juniors. Occasionally we will get a very high, CEO-level visual, and the partners tell me ‘No, I want you to do it.’ Or we will work with our Forensic practice, and some of that work is extremely confidential, as in the case of ongoing criminal investigations. Because of that, the fewer people in the know, the better. I’m going to learn about the project anyway, so if I do the work, only I know about it. It’s like being a secret agent sometimes. That’s what I tell my son [laughs].

Is the work ever public-facing? For instance, do you ever design things that will appear on a company’s website?

That is mostly done by our in-house design team, which is more of a traditional one and is part of the marketing department. Our work tends to be more specialized, and geared toward a very specific audience. 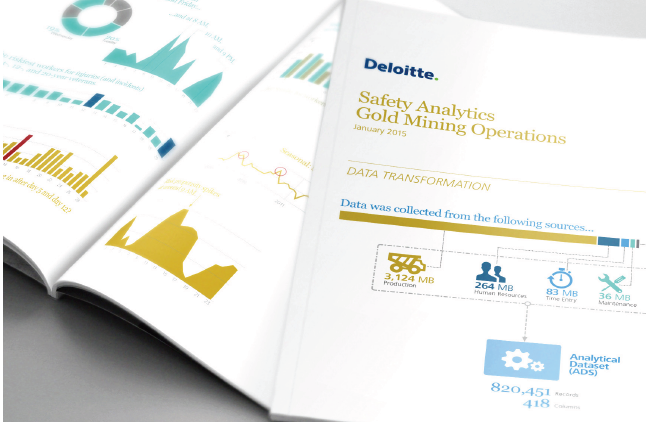 What’s driven the rapid growth of your department?

There was the need. One of our senior partners is quite a visionary. He was originally a forensic accountant; he built the Analytics practice and then he saw the need for visualization. He often, for instance, goes to court as an expert witness where he’s trying to explain things to lawyers, who generally aren’t ‘quant’ [quantitative finance] people. So he saw this need for visualization. Once our work started getting out there the rest of the practice grew, and ultimately the rest of Deloitte saw our work and they wanted more of it. Analytics is sort of the ‘Next Big Thing,’ so we’re the ‘unicorns’ of Deloitte. Often people don’t know what analytics is, but they’re pretty sure they want it, anyway.

I have a theory that virtually everybody is a visual thinker. There are even accountants, people who can read spreadsheets the way you and I can read a novel—yet, once they’ve seen these visualization tools, they love them. These are people who you wouldn’t typically think of as visual thinkers and yet visual thinking helps them.

You’ve said that you think this will be the next big development in in-house design.

The conventional studio environment as we know it will always be with us, but I believe there’s a limit on how much that’s going to grow. The new thing is indeed that larger companies are going to be setting up their own in-house design teams, and not just as doing marketing ephemera but actually participating in core business operations.

Some of the other consultancies have actually acquired design studios—just bought them entirely. We haven’t done that. We’re trying to integrate design into our operations and grow from within. And also, our work is so specialized that buying a design studio wouldn’t really help us. We need a specific type of designer that you normally don’t find in a design studio. 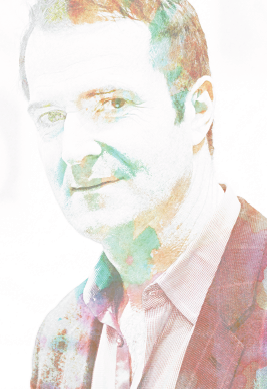 Studios may always be around, but do they have reason to be worried about less available work?

No, I do not believe so. That type of client/studio work will be there. It will change—there has already been a shift to digital in recent years, although I think we’re seeing a bit of resurgence back to print… I believe there will always be work for the conventional studios, and there will be companies who simply don’t have enough work for an in-house department. The number of studios will probably remain where it is, and the number of people working in studios won’t decrease. What I see is an explosion in in-house design. It’s going to mean the total number of designers being hired will increase, not that the in-house departments will increase at the expense of studios.

What makes a good infographic?

The most important thing is that an infographic is supposed to tell a story. If it’s not telling a story, it’s essentially just a pretty picture. It becomes decoration rather than design. It’s not just ‘We’re going to visualize this so you can see all this data.’ It’s ‘What’s the story? What insights can we drag out of this?’ That is what we visualize: the interesting things we have found. Sometimes the interesting story is what’s on the trend curve. Often it’s the outliers, particularly if you’re working on something like anti-money laundering operations. In that case, all we care about are the outliers. That’s what the story is. Very often in data visualization you see what is probably more accurately called data art. It looks great, but when you look at it you can’t see the story in it. We do things the other way. And sometimes you get less exciting infographics when you do that, but it’s for a purpose.

*Christopher Moorehead is now Director of Information Design at PwC. This article originally appeared in the Spring 2016 issue of Designedge Canada magazine.