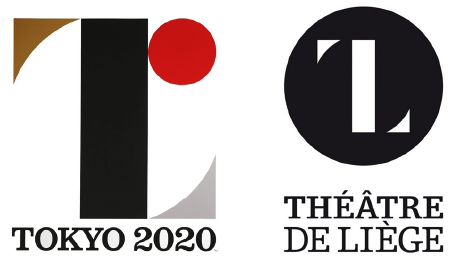 How my seriously original, painfully intelligent, bragging-rights worthy idea might also be yours

Us creative types tend to put a lot of emphasis on the power of a unique idea or execution. Any designer worth her or his stuff strives for innovative, fresh and original thinking. Yet, sometimes, we see our hard-won ideas replicated by others either by coincidence or by straight-up plagiarism (which, sadly, is alive and thriving on planet Earth in the 21st century).

What’s going on? Look at movies and TV shows that have the same theme, so-called ‘twin films.’ For example, in 2010, there were two animated films about bad guys who turned evil because of bad upbringings, but then joined the cause of good to defeat even badder guys (Despicable Me and Megamind). In 1986 there were two fighter-pilot films—while Iron Eagle had a four-month jump start at the box office, Top Gun and Mr. Cruise got all the glory. Musicians come up with eerily similar compositions all the time. We see the same with major inventions: Elisha Gray and Alexander Graham Bell both filed patents on the telephone on the same day in 1876.

Then there is your brilliant piece of design thinking. You sweated bullets over its conception, nurtured its finer points with an obsessive-compulsive eye and then painfully but joyously birthed it only to discover…  the existence of an evil twin.

One way of describing this scenario is ‘synchronicity of design.’ Carl Jung coined the term synchronicity, but for Jung the concept carried a sort of mystical connotation. Not to discount the mysteries of the universe, blogger Jessika Hepburn (ohmyhandmade.com) brings the concept a bit more down to earth by pointing out, “Ideas are recycled across time that we create from our experience.”

We all live on the same planet and swim in the same pool. It’s inevitable that we are exposed to many of the same influences. Plus, innovation tends to be incremental, each new element adding to a body of work that evolves from many people over many years. Scott Berkun in The Myths of Innovation provides this instructive scenario: you arrive at a party to discover someone else has the exact same outfit on. “Fashion is a good metaphor for the problem of simultaneous inventorship: the situation when two or more people claim to have invented something. Given the combination of shared factors… as free as people are to think creatively, there is a wardrobe of existing ideas that they’re all shopping from.” And today we have access to the biggest shopping mall of all time, the Internet.

In 30 years our agency has encountered this kind of simultaneous creation twice, and it was very unsettling
each time.

And this, “Tech TV,” the other guy’s work from around the same time:

It’s hard not to have a little freak-out when it happens. Inevitably we end up on a fact-finding mission to find out whose design came first. If ours takes first place, as long as the “other guy” is from a credible firm, we heave a sigh of relief and shake our heads about synchronicity.

In our studio, we typically try to pull ideas out of our heads first, without research, and then back them up with robust investigation afterwards in an attempt to generate ideas that are as un-influenced and non-derivative as possible. However, here’s the reality: the odds of us thinking along the same lines as another designer somewhere else in the world, among six billion humans, are probably, somewhat, maybe, kind of, possibly, good. It’s likely, even. (In the case of suspected plagiarism, well that’s another column.)

When our design is the second player on the field, we fall back on process. We have to tell our clients. Which, although it may induce feelings of sickness, has not been a problem. That’s because our clients have been with us on the design journey. They’ve seen the pencil sketches and made selects. They’ve collaborated with us as we discussed strategy, worked up options, and moved towards a final solution. They know the design work is tailored for them and has a sense of rightness—even if, by happenstance, it’s not unique.

Coincidences happen because this world is simultaneously gigantic and tiny. Similar approaches are inevitable despite rigorous design process, honest intent and professional ethics, thanks to new technology, greater access to information, and the world becoming more densely populated. Sometimes it just happens to look like you’re copying someone. It will happen. Just don’t do it with malice of forethought, or the design police will eventually hunt you down. •

“The Overthink” column appears in each issue of Designedge Canada. This one was originally published in the Spring 2016 edition.

James Wilson is the principal of Overdrive Design, located in Toronto’s Junction district. Leslie Jennings is a writer who sits next to James at Overdrive. (Photo: Justin Morris)