Hans Kleefeld: This is The Message 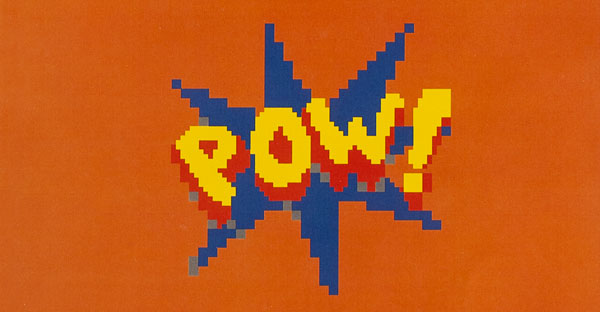 What drives communication? Words, not graphics

In the never-ending debate over graphic design versus visual communication, a decisive factor tends to be overlooked—messages themselves. Designers will normally only deal with their visual presentation. But why be merely interpreters?

If a message is inherently strong and convincing, it will likely dictate its visual persona. If it is weak, no amount of pizzazz—graphic or typographic—will compensate for its weakness. Any discussions over what works and what doesn’t seem futile if the core issue of message content and phrasing is not addressed decisively to begin with. While words themselves are often concise, it is their defective deployment in groups that saps their strength.

Think here of polls, and how the phrasing of questions will affect the questioned, the data, and the resulting public perceptions.

Yet if you select and focus on individual information and sales messages you are likely to find that their basic tone is rarely ever more than politically or socially correct boilerplate blah-blah-blah. The same phrases and euphemisms pop up over and over again, irrespective of their business, government, or other organizational origin. Under these conditions, what are designers to do?

As citizens we are expected to respond selectively and critically to ever more input. That has become increasingly difficult. More individuals subscribe to different channels than ever before, from traditional radio and print to TV and online. On each channel the stream of data is incessant, with online dominated by social message trivia. The volume alone is daunting. (Remember Hemingway’s famous ‘foolproof crap detector’ admonition—carry it with you at all times, and use it!)

I started my professional career as a graphic designer in the fifties and sixties—a delightfully simpler age. Graphic design did well then. But, having trained as a compositor (yes, Gutenberg style, character by character) before studying design in Germany, I never let my design gymnastics relegate a message to a mere footnote. What was being said in posters and ads was more direct and to the point then. Now verbosity seems to be on a parallel evolution with devices.

Later specializing in visual identity graphics, I came to appreciate the importance of words, and their derivatives, even more. Marks like BMO’s M, TD’s ligature, and INCO (a wordmark for the International Nickel Company, now gone, a victim of global mergers), are clearly stylized letters. I would always rate a logotype (fashioned entirely from existing fonts only), or a wordmark (still basically a logotype, but now customized) above a pictorial or graphic mark. Why? You get name and image in one unit—a simpler, stronger impact, and easier
to remember. 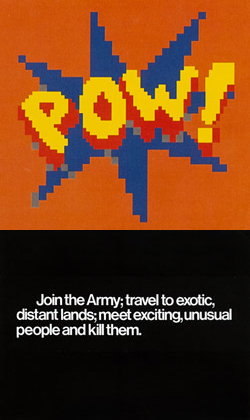 Images pack a powerful punch, but clear communication is the ultimate goal

The notion that ‘a picture (or graphic) is worth a thousand words’ has always been suspect. Pictures and icons will indeed trigger instant and powerful reactions, but without at least a caption leave us in the dark as to what, where, and when. That’s not communication; that’s viewer manipulation. Graphic designs, when pushed to the extremes of universal ‘eye candy’, become self-defeating—not many organizations are in the candy business.

Ironically, while low on the prestige design scale, Loblaw’s yellow label No Name products are a masterpiece of verbal communication. Three elements—two colours, one typeface—have for years moved tons of diverse merchandise. Yes, unattractive as graphics, but as information? How effective. Why can’t more visual messages be more to the point to begin with, rather than missives of messy mush?

While designers are not certified copywriters or public relations experts, most are quite articulate in their own right. They must enter discussions of strategy and tactics earlier and more vigorously.

Speak up and make your point—you know how content and form can combine to maximum effect. In visual communication the overriding objective is always the same: get the audience to pay attention, respond, and most important—to act. Starting with strong, focused words will go a long way to help determine whether a more graphic (i.e. pictorial) or more verbal (i.e. typographic) formulation is the right approach.

As a final tip towards good typography—for any kind of impact as well as clarity, the classics will never fail, from 12pt Garamond to 84pt Franklin Gothic. The challenge is not to create yet another font. It is how letters interpret and express power talk that matters, not whether the counter of an individual character in an alphabet is turned this or that. •

Kleefeld passed away March 10, 2016. This article originally appeared in the November/December 2015 issue of Designedge Canada magazine.