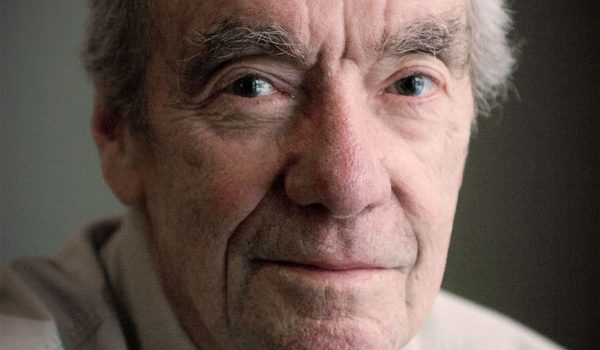 Designedge Canada: Take us back, how did you first get into design?

Jim Donoahue: Well when I came out of [now OCAD University] the College of Art [in 1956], I went to Montreal to work at the National Film Board. It wasn’t the right job for me. Allan Fleming, who designed the CN logo, was my teacher at the College of Art, and one day he called and said, ‘I’ve got a lot of work, and I’ve got Ken Rodmell working with me, but I need another designer. Would you like to come back to Toronto and join us [at type design firm Cooper & Beatty]?’ And I said, ‘What time would you like me to be there?’ Obviously. So I trotted off back to Toronto [in 1959] and that’s really where it started.

He was the creative director and I was his junior. We did this for a few years and then [in 1962] I went from there to an art production house, TDF Artists. I ended up going back to Cooper & Beatty eventually [in 1968], where I was creative director. It turned out to be probably the best job I ever had, I was there about six or seven years and literally it was a position where if you kept doing good stuff they said fine, you know, keep doing it. So I did a lot of really interesting and inventive stuff there, it was a lovely amount of freedom. From there I went to Burns Cooper [in 1975]; Heather [Cooper] and Robert [Burns] were together and I joined them [to eventually become Burns Cooper Donoahue Fleming]. That was a very good shop. Heather Cooper is very talented and Robert was a very bright guy, so we had some great times. And from there I decided to go on my own. 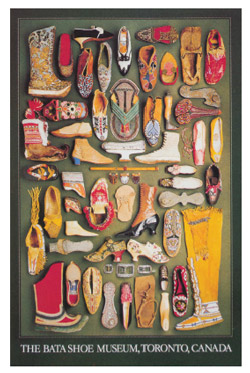 Cooper & Beatty was Canada’s most prominent type house. What were your duties there?

‘Do whatever you think we need to do to advertise our product.’ So if a new typeface came in, then you might want to do a mailing piece using that typeface. There was one that said, “C&B kisses every ad better.” That would go into a publication, maybe the Art Director’s Annual or something like that.

But rather than continually writing ads that people might throw out the next day, I thought it might be fun to do things like posters once in a while. People kept them longer. I have a great passion for wine, so the first one I did was a wine poster called Vintage Typography. Well, it was so popular that people kept calling up and saying send me another copy, and everybody got it and everybody pinned it up or framed it or put it up
in their kitchen.

You had a lot of success as a copywriter. How did you get into that, and do you still consider yourself a writer?

I probably did a bit of copywriting at TDF, but not as much. It was again because of Allan Fleming—he kept doing this to me—he went to MacLaren Advertising and there was [an opening for a] combination of copywriter and art director. He thought I would really enjoy it. And I did, I went and worked in the agency environment for a few years. And then I continued to do it [after I left] because on my own I could take on clients who needed writing. I think it’s so much fun, almost as much fun as design. I would consider myself a good short-term writer. I loved writing that amount of copy, but I could never have written a book.

You’ve been working for yourself ever since leaving Burns Cooper. How often do you still work?

I mean seriously, I probably should retire [laughs]. But I have a couple of clients who every once in a while call up and say, ‘Can you do this for me?’ And I say sure, it’s no problem. It’s easy. I can still do it. I’m as good as I was—probably better. But as an 80-year-old, you’re really now seen as—you know, you should be in your 30s or something. You should be young and hot. And that ain’t going to happen… I would work every day, but I literally do it because I just love the process. You’re working on [a logo], and you’re kneading it, and then it hits and somebody says, ‘Well that’s terrific I’m really pleased with that.’ 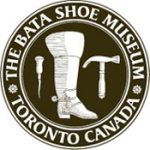 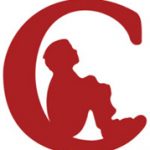 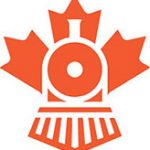 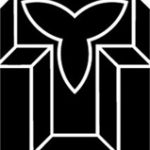 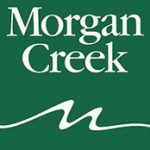 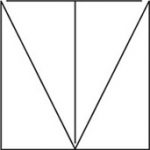 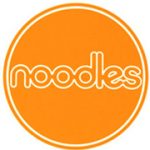 Are your fees still very low? You used to charge a lot less than people might assume.

Oh, a lot less. I never charge enough, I never ever did. I was always embarrassed to charge. I don’t know why. It’s kind of stupid when you think about it. It’s a philosophy thing. Some guys go in thinking ‘I’m worth a lot of money’ and I always go in humble. I didn’t mean it that way but it’s just that, you know, I hated the billing part of it.

So it’s not that you were charging what you thought the work was worth, it’s just that you weren’t comfortable with the business side of things?

I just wasn’t comfortable [because] I never really knew what to charge. I mean if I go back, the biggest joke of all in terms of money is by far the most famous logo that I will ever do, the Canada logo. I mean literally, my wife and I still laugh about it.

In terms of how long it took you to do?

Well, we were doing a series of ads at MacLaren Advertising for Canadian travel and tourism. And you know, when you’re doing an ad and you come to the bottom you normally have a logo somewhere, but Canada had no logo. [I said that to the copywriter] and he said well, do something. So I did [the Canada logo] in one afternoon and we put that on the bottom. It’s a Baskerville, modified so it’s heavy-ed up… Everybody thought it looked lovely. The ads started to run, and then one of the other government departments looked at it and said, ‘Gee that’s a nice logo, can we use it?’ So it went from this department to that department to that department, and finally over a period of time they finally accepted the fact that it was now [the logo]. They sent me a nice letter and they gave me one dollar. They have to give you something; they have to pay for it. You can’t just turn it over to them for nothing, so they legally bought the logo for a dollar, which is very funny. When you think about it, it’s hilarious isn’t it? 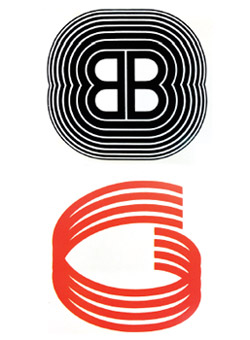 Logos for Bay Bloor Radio (above) and Global Television Network (below)

That’s your most popular. Is it also your favourite?

A lot of them I’m really proud of. Bay Bloor Radio is just a lovely logo. I see people walking along [in Toronto] with the Bay Bloor bags. That’s the nice thing about logos, when they last. So many get dropped because people make decisions about changing it for whatever reason. I did the Global [Television Network] logo when they started. They’ve had I think three or four logos since. The one they have now is sort of an arrow, which I don’t understand.

How do you feel about contemporary design?

I don’t find it very inventive. I don’t find it memorable or unusual. For starters, I think there are far too many companies that are trying to have a logo that looks like Nike; everybody wants that sort of thing. I see a lot of really bad design. But I don’t see that much that really makes me go, ‘Wow.’ I miss that.

What’s missing? What advice would you give to young designers?

[Long pause.] I guess the advice would be to really think about it. Really process what it is you’re trying to do. Don’t just immediately go to your computer and drag a bunch of shitty symbols that are available there for free. That’s just not going to solve it. You’ve got to go through the process of design. The process of thinking has been lost. I just don’t think a lot of new designers go through that, they go to the computer and go, ‘Well, ‘I’ll pick a piece there, and put that with that.’ You’re not saying ‘What’s the most inventive way I can show this company? What logo can I do that will reflect on this company and people will understand what it is that they do, and understand they’re really good at what they do?’

How does it feel when you see your old logos in the wild?

[There is a logo I did for] these people who do lighting for major movies, I did it 52 years ago and it’s still on the side of their trucks. They park near here because they shoot a lot of stuff at U of T, and I went out there the other day and there were like five of these enormous trucks with my logos on the side. It’s a very strange sensation! •

This article originally appeared in the November/December 2015 issue of Designedge Canada magazine.