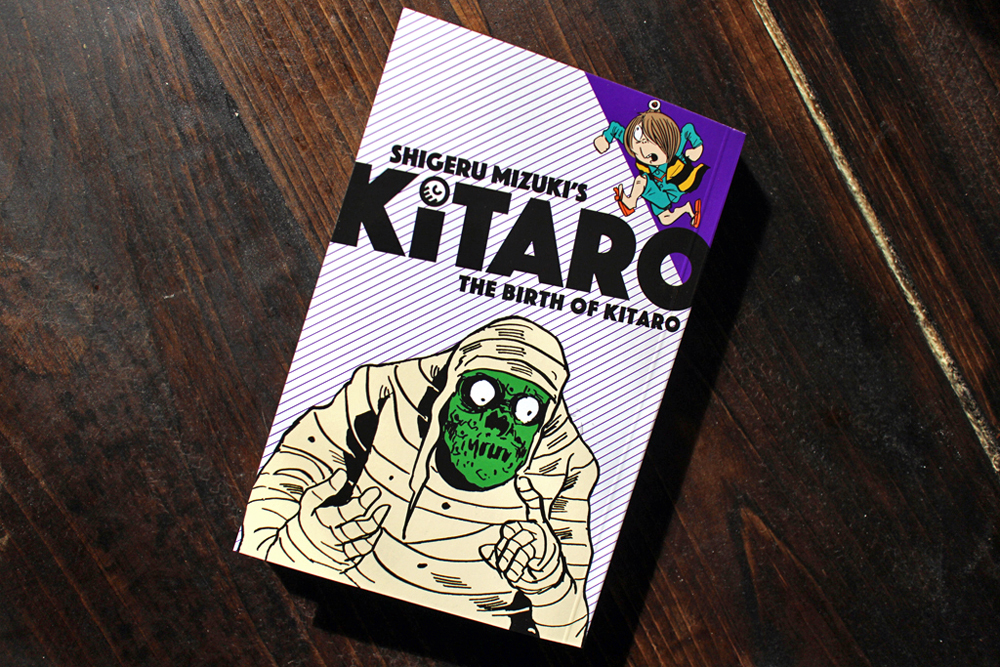 The in-house team at powerhouse publisher Drawn & Quarterly revisits Kitaro, looking to do right by the landmark work of Japanese artist Shigeru Mizuki

Despite its reputation for high-end tomes and a track record as one of North America’s most lauded comic book publishers, Montreal-based Drawn & Quarterly (D&Q) decided its latest project—a translation of Kitaro, the seminal 50-year-old Japanese cartoon by legendary artist—required a fresh perspective in order to do the project’s beloved source material justice.

The team, including managing editor and designer Tracy Hurren and executive editor Tom Devlin, took its first stab at Kitaro in 2013, releasing a 400-page-plus collection.

Although it was well received, the publisher felt the response to such an iconic property should have been even better. Then, last November, in the midst of D&Q revisiting Kitaro, Mizuki passed away due to heart failure. Though the project was delayed for a few months, it’s now ready for bookshelves.*

We spoke to Hurren and Devlin about how they ensured Kitaro’s return was a worthy one. 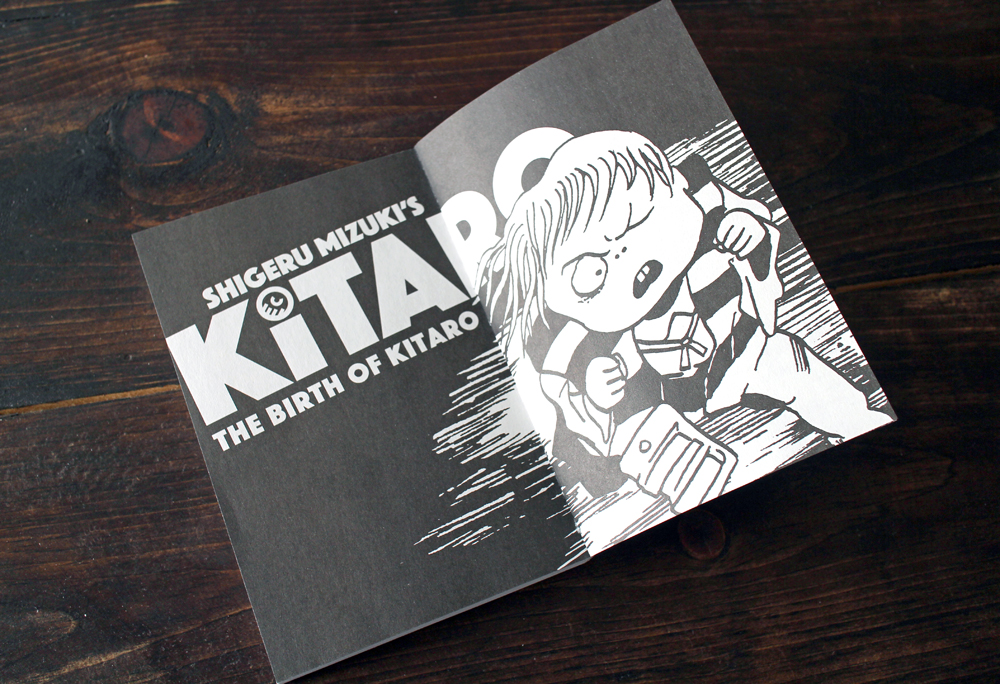 By wiping the design slate clean and approaching the series with a new philosophy that hews more closely to the series’ manga (Japanese comics) roots, Drawn & Quarterly is confident its newest Kitaro books will be imbued with the authentic, whimsical appeal that Mizuki’s English language fans have come to expect.

TOM DEVLIN: We knew Mizuki as arguably the most famous cartoonist in Japan, but we just didn’t have a full sense of how adventure-y and pulp-y all the Kitaro stuff was… We published the initial big book [as] more of a literary project, like our more adult projects.

TRACY HURREN: We thought it was maybe a bit too ambitious for an introduction to the work… It was too big (6.5″ x 8.7″) to be a kids’ book and too expensive ($25) for that market, which is what Kitaro is really most appropriate for. It certainly has a large following with adult manga readers, but we wanted it to be accessible to both.

The Kitaro re-release (far right) was given a smaller trim size than Mizuki’s other books, more in line with the manga market

Despite D&Q’s existing line of Mizuki books, including the acclaimed Hitler and the award-winning Showa, the team wanted the book design for this new series to stand out on its own.

TRACY: I think there is a throughline in all those designs and in the way we approach the covers. Mizuki’s work is highly textural so for all of those covers we’ve used lots of textures and layered them over top of each other. That was the approach that we maintained in the original Kitaro, but for this new series we wanted to set it apart. It’s a different [smaller] trim size from the rest of the series and we thought a departure from that design aesthetic would be completely fine and probably behoove the series.

TOM: With manga, the logos are a little more dynamic than they are for our typical books. We’ve tried to work with a limited colour palate on the cover and we usually use metallic in there somewhere, maybe try to mess around with blown out zip-a-tone dots or overlapping images in different colours. There’s always that threat, when you’re doing a series that goes on and on, that you start to run out of colours… You don’t want anybody to ever confuse Volume 4 with Volume 1. You always want fans to immediately be able to recognize a new book. 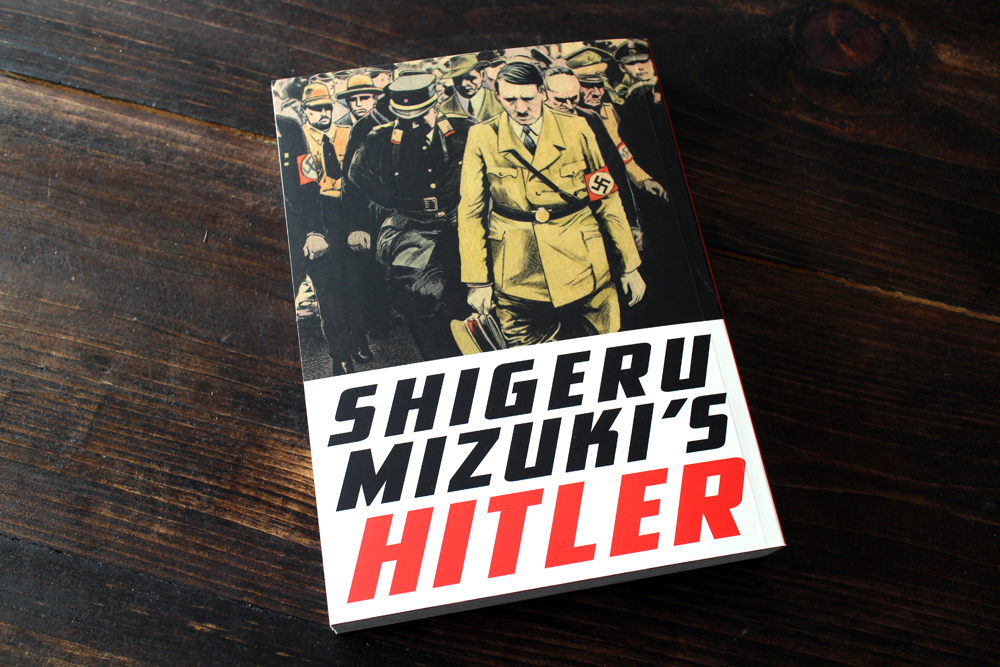 Kitaro‘s kid-friendly aesthetic sets it apart from his mature works, like Hitler (above)

TOM: On this one we wanted to shake things up and bring the assistants into the process. We were kind of in uncharted territory for us, and [we] can very easily fall into a senior-designers-rut, where the assistants don’t get any of the ‘fun’ work, so we thought: Why don’t we just [have] everybody take a stab at this and see what we come up with? And it worked really well, because it was actually Tracy and two assistant designers [Marcela Huerta and Marie Jade Menni] working on ideas, and something from each of those designs ended up coming into the final design.

TRACY: It’s definitely a team effort. For this project the translator of the series Zack Davisson was also hugely influential and has helped us throughout. 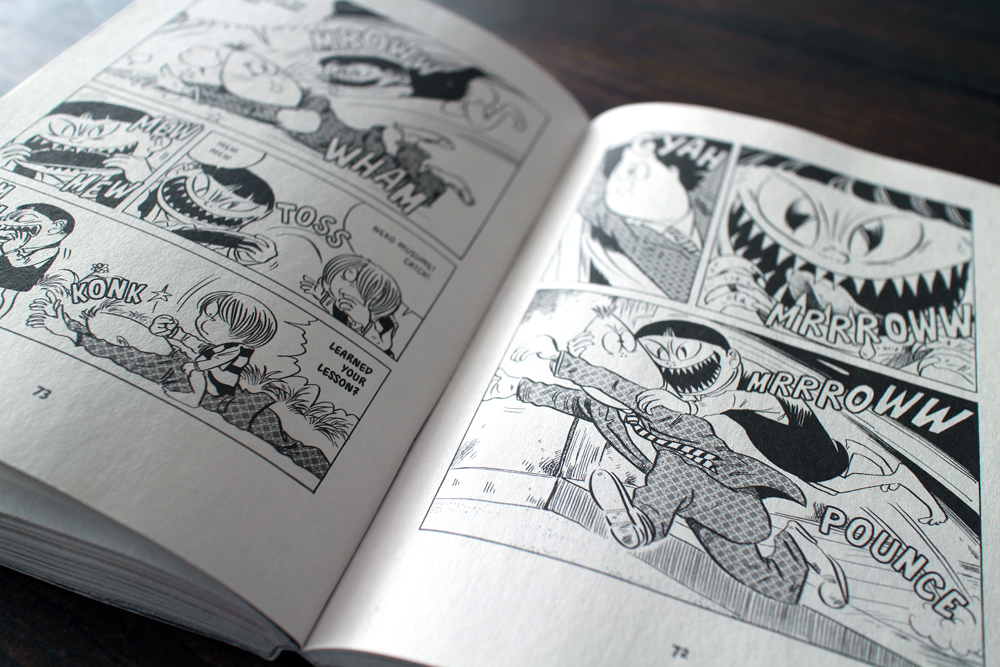 As both managing editor and designer, Hurren’s role is unique in the book design world.

TRACY: Comics is such a visual medium that you can’t separate the visuals from the words, or the translation. The design of the book is much more important than I would say in a typical prose novel because [the words and the imagery] are so tightly integrated, people start visually reading the book from the cover and they don’t stop until they close the book. Especially with a [translated book like Kitaro], trying to fit the translation into the small designated space of a word balloon can be quite tricky. So a lot of those decisions—like ‘what is there room for?’ and ‘in what position do we want to alter the size of the balloon?’ or ‘in what situation is it more important to keep the artwork intact and edit down the words?’—you need to be involved in the design and the editing in order to get anything achieved efficiently. 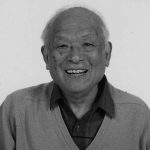 An icon of Japanese manga, artist Shigeru Mizuki died last November at the age of 93. He is known best in Japan for his long-running animation and comic series, GeGeGe no Kitaro. North Americans know him most for his more ‘mature’ works, which often wrestle with the implications of war and the scope of history, like his unique character study Hitler, and his sprawling opus Showa, a history of Japan.

It’s difficult to overstate his influence. “If you look at many of the most successful, most esteemed cartoonists today in Japan, they came through Mizuki’s studio,” says Tracy Hurren of Drawn & Quarterly publishing, whose new translated edition of Kitaro hits shelves in spring. “You can see his influence in all those cartoonists’ works today, and I think that’s a legacy that will continue to live on for generations.”

A war veteran who lost his left arm in an air raid, Mizuki complicated even his children’s stories with references to wars and filled his casts with untrustworthy figures of authority, never able to ignore humanity’s all-too-real dark side. As an artist, he often juxtaposed cartoony character designs with starkly shaded, realistic backdrops.

He is credited with reviving Japan’s yokai, shape-shifting creatures of folklore found in mystical corners of the natural world. While tales of yokai began fading from Japanese culture in the late 19th century, Mizuki’s work brought them back to the forefront of the nation’s popular culture. “He’s really one of those gigantic figures who has shaped the culture of Japan,” says Drawn & Quarterly’s Tom Devlin. “That’s undeniable. He was one of the biggest cartoonists in Japan, certainly when he died, and very nearly ever.”

*This article originally appeared in the Spring 2016 issue of Designedge Canada magazine.