Who Turns the Page: SapientNitro's search for the future of storytelling 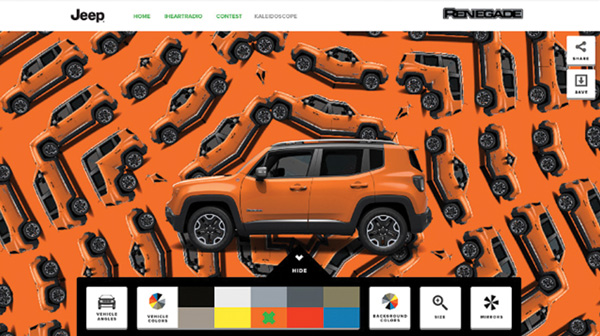 SapientNitro is in a constant state of flux. A microcosm of this motion is evident at the agency’s Toronto office, where creative director Michael “Howie” Howatson and the office’s staff of 300 are prepping for a move* a block away in distance, but decades away in development. “These funky old warehouses are interesting,” Howatson says of the current digs, the kind of refurbished industrial space creatives usually glom to. “But they’re not really serviceable long term. They’re creaky and the plumbing is loud.” The new office will be in a gleaming new building, designed from scratch.

The macro of this motion has been detailed in a number of business stories in the past few years as the agency has gobbled others on an ongoing acquisition spree. Parent company Sapient started in the ’90s in IT, specializing in systems integration. In 2009 Sapient purchased the Nitro Group and took a huge step into the world of digital marketing; its progeny, SapientNitro, made like its mother, growing across the globe and absorbing leading agencies and studios along the way like Second Story, La Comunidad and Campfire. 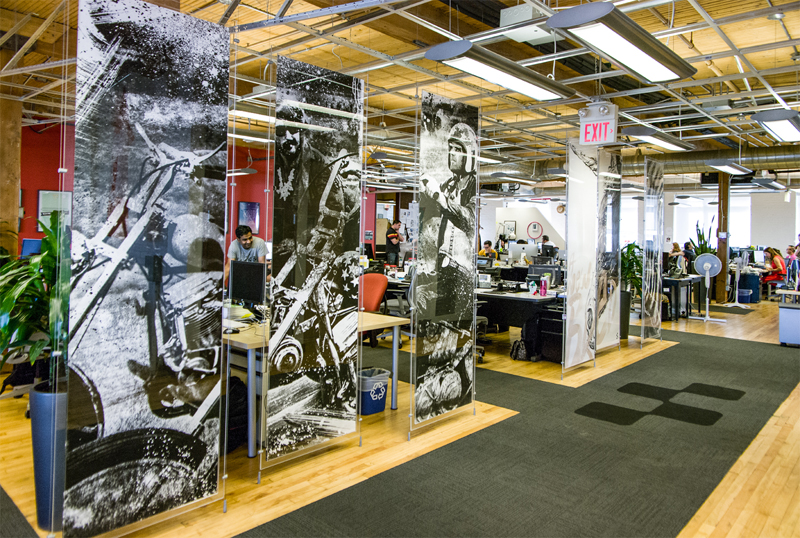 Sapient Nitro Toronto, just prior to the office’s big move

Last year Sapient itself was purchased. French multinational ad giant Publicis paid a dizzying $3.7-billion (USD) for the Boston-based company, putting the industry on notice that it was doubling down on digital and banking that Sapient and its new sister companies (digitally-minded design and ad firms like Razorfish, Nurun and Digitas) have the right worldview for the future of design, marketing and commerce. Howatson says SapientNitro is about using technology to propel storytelling. “Breaking boundaries where technology and story meet.”

An abstract example of this motion is sitting on the conference table beside him: a virtual reality headset. He uses it to demonstrate a proof-of-concept pilot the agency developed for the International Festival of Creativity in Cannes. Strap it on and you’re transported to the exclusive Apartment boutique in New York City’s Soho District. You can move through rooms, stare at the ceiling. Nod along to the piped-in sounds of Lauryn Hill. Is this the future of online retail? Maybe. Either way, the point is that SapientNitro isn’t waiting around for the next big thing to jump on. It’s actively looking, tinkering, playing. Trying to design it itself or at least learn lessons along the way while stumbling. “All the great things that have happened in the history of the world are about story being supported through evolutions and revolutions in technology,” Howatson says. “Guttenberg.”

The future of retail? SapientNitro’s virtual reality e-commerce experiment transports consumers to the Apartment, an exclusive boutique in New York

The storytelling aspect of Sapient’s process, what it likes to call “storyscaping,” is just as important as the technology side of the equation. Whether it’s about a person’s individual story, their story in relationship to a brand, or the brand’s story, “it’s all about coming to a shared ideal and a core value,” Howatson says. That comes through engagement and experience, and using those moments of interaction in a way that doesn’t feel like an ad “shoved down your throat.” 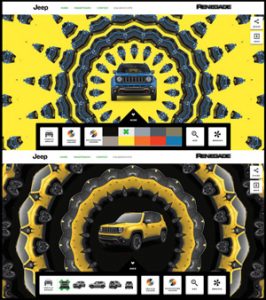 Often the agency will try taking a step back before moving ahead with an idea. “Our clients can come to us with ‘I need this,’ and our immediate reaction is ‘Wait, what was the original problem?’” says Howatson. When the Institute of Communication Arts came to SapientNitro looking to engage young graduates and get them interested in finding work in the agency world, Howatson notes “it felt like they were asking for a glossary of roles.” But instead of designing a website that presented a list of information, Sapient expanded the idea of ‘diving’ into the agency world to something that lent itself to more interesting and less obvious visuals (swimming badges and water shots—no graduation caps or stock photo-ish smiles and suits). The result was dubbed the Agency Diving Society (visit agencydiver.ca), and features interviews with pros, tips, and job descriptions that read more like results from pop culture personality quizzes than guidance counselor pamphlets. “We try to find something that will resonate and matter,” Howatson says. “They asked for a what, so we found a why.”

For the launch of the Jeep Renegade, they designed a kaleidoscopic microsite diversion (visit jeep.com/en/renegade-life/kaleidoscope) that enables you to not just rotate an image of a Renegade model to see it from different angles and in different colours, much like any other vehicle customizer site, but coupled that functionality with an acid flashback swirling background that reacts to your cursor movements. Why? Why not. The Renegade—aimed at a younger, hipper demographic—marked different territory for the brand, so Sapient wanted to do something that matched. “Automotive [ads] tend to be das objekt,” Howatson says. A shot of a car. “A darkened, wet floor warehouse, with all that pin lighting… Renegade was an interesting departure.” 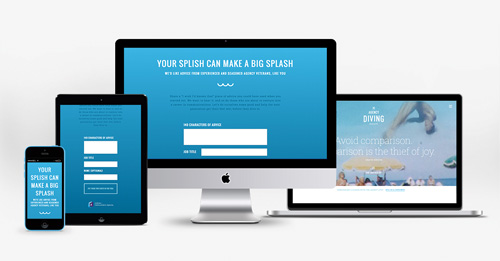 With all the new words, new tech and constant movement, maybe the easiest way to peg down SapientNitro’s billion-dollar approach is to define what it isn’t. Howatson uses the typical numbers-and-jargon approach for ad creative for banks, and the insider-friendly design of bank websites, as an example of putting a brand’s language and internal structure first, forcing the consumer to adapt in order to make the relationship work. “You’re forced to learn the vocabulary of that industry, rather than them learning about you.”

Engagement, in the end, is about finding ways, however large or small, to flip that approach. “Experience is a core part of story. It’s the ultimate way for people to understand your story. You can tell a kid a million times not to touch a hot stove, but it’s only when they finally go and burn themselves, that’s when it’s like ‘Oh, I get it’,” Howatson says. “That’s the click moment.” •

*This article originally appeared in the September/October 2015 issue of Designedge Canada magazine.