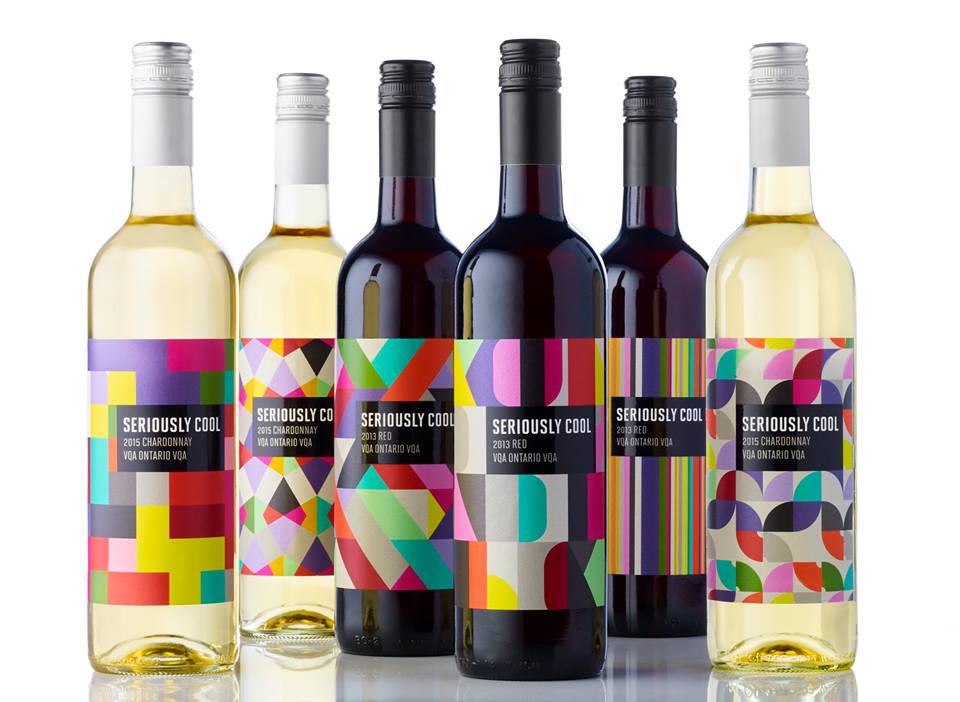 Southbrook Vineyards’ new labels for its Seriously Cool line of wines, including 2012 Seriously Cool Red and 2015 Seriously Cool Chardonnay, are the latest application of designer Larua Wills’ ‘Awesome Series,’ an ongoing geometric art and design project she started in 2012.

The Awesome Series first launched as a “pay-it-forward happiness project” for a media strategy company. Sets of Awesome patterned postcards were sent out with stamps and a Sharpie marker, and recipients were urged to send them out to their network to “Brighten Someone Else’s Day.” 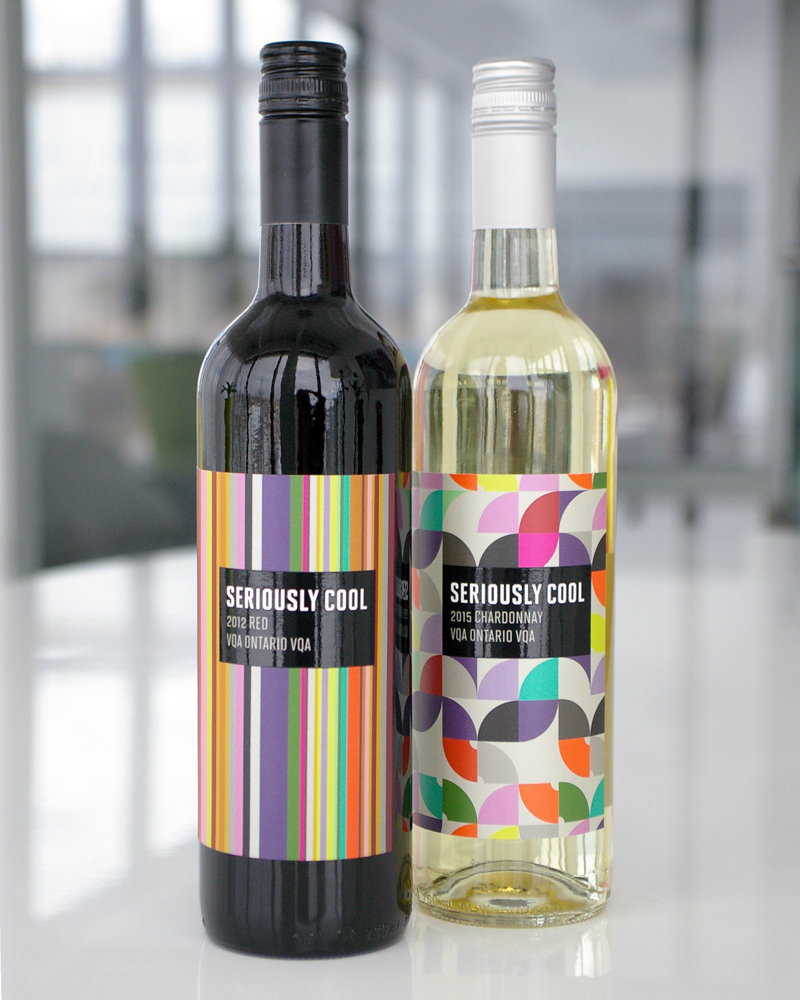 “The recipe for the series is simple: Pattern + Colour = Happiness,” writes Wills, who runs Toronto-based boutique studio Messenger, in her artist’s statement. “People love patterns. Think of your favourite tie, your coolest socks, the cushions on your sofa you love and treasure. They exist for no other reason than that you like them, and on some level they bring you joy and a means of self-expression.” 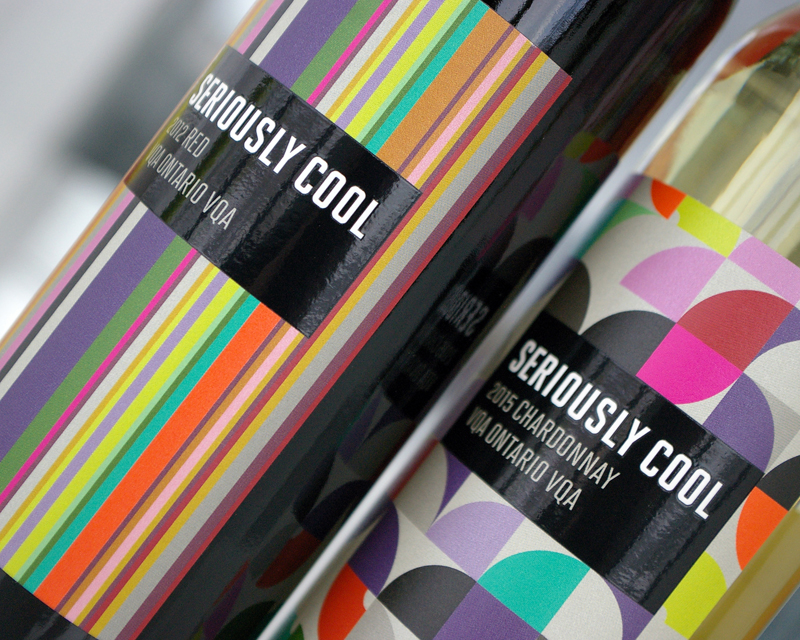 The wine labels use the near-fluorescent orange and pink from the original Awesome series, paired with the colour palette Southbrook uses to describe grape varietals. According to Wills, the work is inspired by artists like Josef Albers and Maya Hayuk, Bauhaus-influenced designers such as Herbert Bayer, designer brands including Happy Socks and Paul Smith, and styles of packaging design that use similar wallpaper-like themes. Each wine comes in three different design patterns, allowing consumers to choose the one they identity with the most.