In an effort to simplify the visual identity of the Yukon government, a new logo, supporting graphics and website were recently announced to create a unified brand.

After completing research on the old branding, some 100 different logos were found to be used by varying departments and agencies. These inconsistent sub-logos were seen as confusing to some Yukoners, making it unclear if they were truly working with a governmental agency. 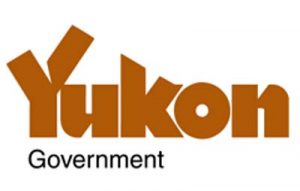 Most common version of the old Yukon Government Logo

The re-branding effort cost about $493,000 in total, leaving some taxpayers scratching their head over the cost. Critics have pointed out the similarities between the new logo and the existing Yukon Tourism logo. 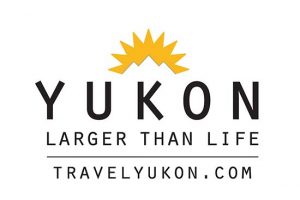 The new logo improves upon elements of the previous Yukon Tourism logo. Residents and visitors will recognize the sun-over-the-mountains brand, though it has been shifted from the center and now sits above the letter “o.” The redesigned logo uses a bold font with a clean and modern design. Missing from the new design is the tourism tagline, “Larger than Life.” 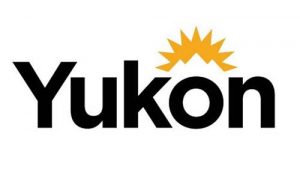 What a lot of commentators fail to recognize when talking about the cost of the re-brand is that more than half of the budget, nearly $250,000, was spent on a newly designed website with updated functions and tools. The previous website was not mobile-friendly and created a lot of issues for the nearly 80% of users trying to view the site on a smartphone. In addition to the logo, users were introduced to colorful supporting graphics, based on the “soft waves of the aurora.”

While some Yukoners are far from supportive of the price tag, other residents have voiced their appreciation for the new website, calling the old version “incredibly tragic.” 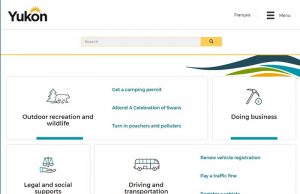 Kendra Black, a government spokesperson says that reducing the amount of time and money spent communicating with the public is the main goal of the re-branding. Once the campaign is fully implemented, it is expected to cut the cost of website maintenance by half and save one million dollars per year.  The updates will “improve the services that we provide to Yukoners as well as visitors to the territory and we want to make it as easy as possible for people to access our services and to find the information they are looking for,” says Black.

The project was completed by Outcrop Communications, a communications agency with roots in each of Canada’s three territories. The company has been specializing in creating compelling messaging for clients for over 40 years.

Lee is the current Director of Interactive Solutions at the C.J. Group of Companies, a former instructor at Ryerson University, and long-time contributor to Designedge Canada. A regular speaker at international conferences on emerging technologies in the graphic and communications industry, Lee and his team of developers, designers and strategists bring expertise and innovation to clients and partners.