Canada 150 typeface designer is okay with no pay

Though the federal government has riled up many Canadian designers with how it’s handled plans for the country’s upcoming 150th birthday–including a student contest to crowdsource the logo and sourcing a free offering as the celebration’s official typeface–it seems not everyone is on board with the outcry. Typodermic Fonts‘ Raymond Larabie, for one, who designed the Mesmerize typeface the government unveiled in December as its choice for the anniversary’s promo campaign, doesn’t see what the fuss is about.

While critics deemed the logo contest as spec work with a PR sheen–exploiting young designers for free labour, dismissing the value of in-depth professional ideation processes, and generally missing the opportunity for a landmark national branding project–Larabie compared the backlash to a “pâtisserie complaining about a bake sale down the street” in a recent interview with Toronto Star reporter Katie Daubs.

“I just don’t like that attitude,” [Larabie] says. “The rest of the world is getting on with the way the economy works now for designers. You can’t just throw a couple hundred grand at a problem and that’s the solution for every problem … I think for a birthday party, having something inclusive that lets everyone join in is great.” 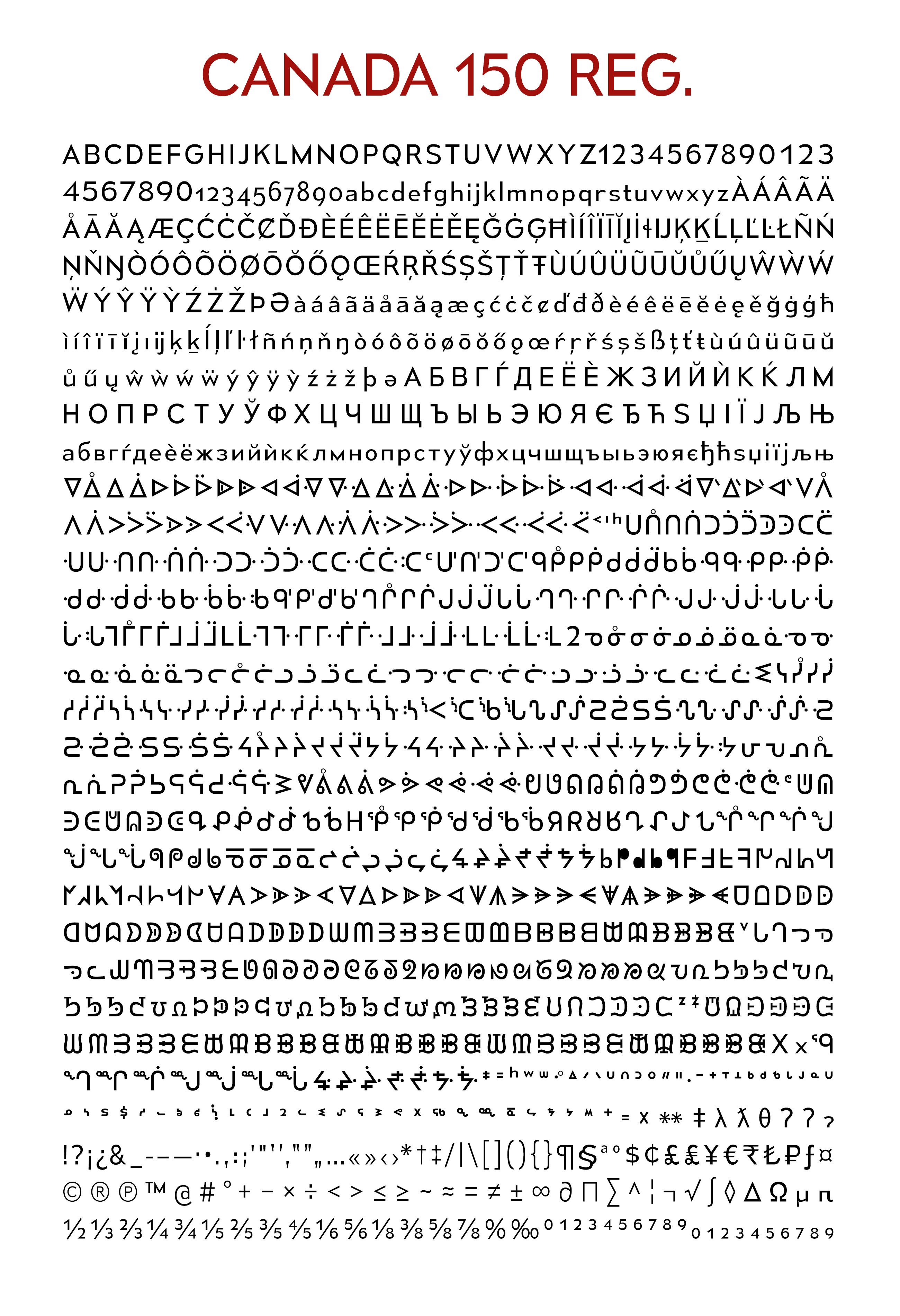 Mesmerize, since renamed as Canada 150, is one of Larabie’s recent works, which he adapted last year to work better with Canada’s Aboriginal languages, including Cree and Ojibway. According to the Star’s story, the Canada 150 secretariat found Mesmerize on Larabie’s website after searching for something that would play well with the winning logo, and that was already fully realized since timelines were deemed too tight to commission something new.

The government’s budget for the 150th anniversary is $210 million. The logo contest prize was $5,000. Heritage Canada tells the Star that $55,000 was allocated for the development of a full identity program. The government did not pay Larabie for his work, and Larabie did not ask for compensation.

You can do some design free and some for pay and balance it all out. I've been doing that for 20 years and it's worked fine…

…I don't know if that's devaluing creative work or whatever; it's just how business works for me.

But i don't think it's very cool for designers to tell me or my customers that they're doing it wrong.